Fourth Grade Green Team students worked throughout the 2014 - 2015  school year learning about rain gardens and the benefits of a rain garden to the environment.  They spent months researching native plants that would be appropriate for various zones of the rain garden.  In April, students spent a school day planting a conservation landscape at Waterloo, using some of the plants they chose for the rain garden. 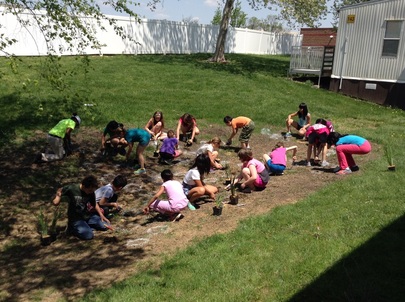 In cooperation with the Students Branching Out program, sponsored by Howard County, in cooperation with the Howard County School System, all the students from the Fourth Grade were able to plant one tree along the perimeter of Waterloo's school grounds.  In addition, the Green Teams from third and fifth grades were able to plant several trees.  In total, Waterloo was able to assist in reforestation goals by adding 122 trees to the Waterloo school grounds.

On a Saturday in May, parents and students from Waterloo worked to clean the school grounds.  Families worked in two groups, one group worked to remove invasive plants from school grounds and the second group cleaned the stream running near our property as well as school grounds. 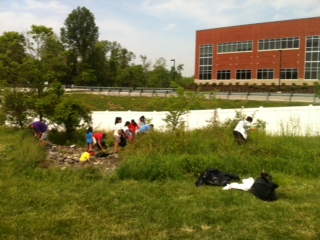 During the 2015- 2016 school year, the "new" Fourth Grade Green Team students also spent their recess time learning about rain gardens.  They also have been researching plants for a rain garden.  In the Spring, the students will spend a day planting the next "tier" of the rain garden at Waterloo.  Thank you to the folks from READY for preparing the site for students to plant over the summer! 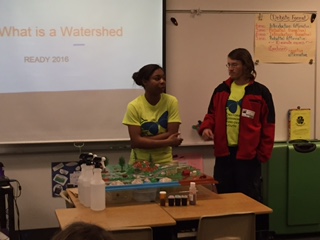 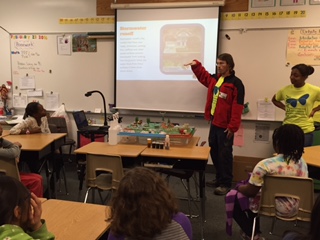 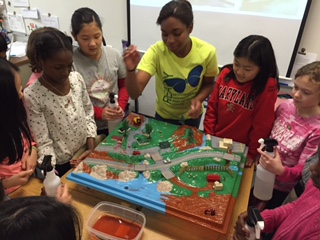 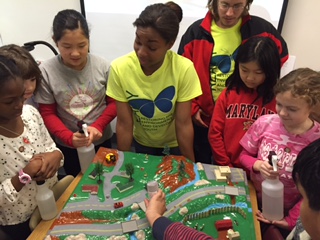 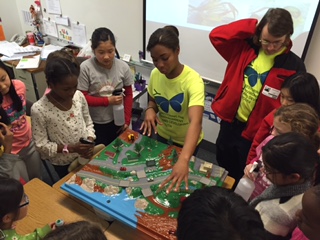 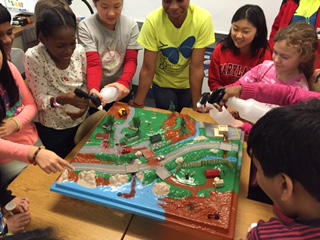